In 3D computer graphics, 3D modeling is the process of developing a mathematical representation of any surface of an object (either inanimate or living) in three dimensions via specialized software. The product is called a 3D model. Someone who works with 3D models may be referred to as a 3D artist. It can be displayed as a two-dimensional image through a process called 3D rendering or used in a computer simulation of physical phenomena. The model can also be physically created using 3D printing devices.

Models may be created automatically or manually. The manual modeling process of preparing geometric data for 3D computer graphics is similar to plastic arts such as sculpting.

Three-dimensional (3D) models represent a physical body using a collection of points in 3D space, connected by various geometric entities such as triangles, lines, curved surfaces, etc. Being a collection of data (points and other information), 3D models can be created by hand, algorithmically (procedural modeling), or scanned. Their surfaces may be further defined with texture mapping.

3D models are widely used anywhere in 3D graphics and CAD. Their use predates the widespread use of 3D graphics on personal computers. Many computer games used pre-rendered images of 3D models as sprites before computers could render them in real-time. The designer can then see the model in various directions and views, this can help the designer see if the object is created as intended to compared to their original vision. Seeing the design this way can help the designer/company figure out changes or improvements needed to the product.[2]

Today, 3D models are used in a wide variety of fields. The medical industry uses detailed models of organs; these may be created with multiple 2-D image slices from an MRI or CT scan. The movie industry uses them as characters and objects for animated and real-life motion pictures. The video game industry uses them as assets for computer and video games. The science sector uses them as highly detailed models of chemical compounds.[3] The architecture industry uses them to demonstrate proposed buildings and landscapes in lieu of traditional, physical architectural models. The engineering community uses them as designs of new devices, vehicles and structures as well as a host of other uses. In recent decades the earth science community has started to construct 3D geological models as a standard practice. 3D models can also be the basis for physical devices that are built with 3D printers or CNC machines.

Heres a few of the softwares out there to begin your journey... Its not a complete list by far.

Blender (Free, Open Source - Linux, Mac, Windows) This 3d design software is typically used for creating animated films, visual effects, art, 3D printed models, interactive 3D applications and video games. This program is powerful, and can be quite difficult to learn. This software is handy to have for fixing and making simple changes to STL files. 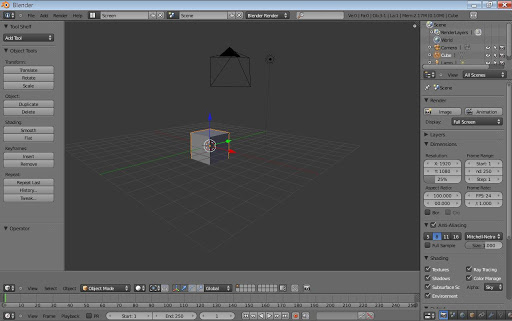 ZBrush ($795 - Mac, Windows) This 3d modeling program is an all-in-one digital sculpting solution designed for those looking to create a work of art. This tool is used for creating high-resolution models for use in games, models, and animation. ZBrush is most known for being able to sculpt medium to high frequency details that were traditionally painted in bump maps. 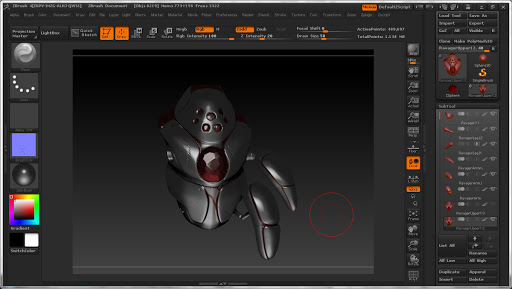 Lightwave ($995 - Mac, Windows), 3DS MAX ($1470/year - Windows) and Maya ($3,454.00 - Mac, Windows, Linux), These professional 3D modeling and graphics packages are typically used for movies and TV. They are typically geared for the true 3D modeling professional.  They include fast rendering engines that supports such advanced features as realistic reflection and refraction, radiosity, caustics, and render nodes. These packages have been used in dozens of large budget blockbuster films such as Avatar, Iron Man, and the upcoming Star Wars: The Force Awakens.

If you are more interested in the engineering aspect of creating a 3D model, we would suggest looking into these awesome 3D modeling Programs.

TinkerCAD (Free - Online) This easy-to-use tool runs in your web browser. It uses Boolean Modeling to make objects using shapes as building blocks. Combine or subtract the basic shapes to create more complex designs. Really one of the more mature and fantastic 3D modeling software platforms that is robust and easy to approach, even for kids and beginners. 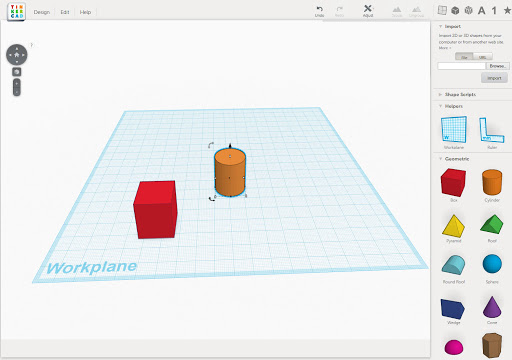 Sketchup (Free basic version, $590 pro version - Mac, Windows) Originally made for architectural design, this software is easy to learn, but it will not provide all the tools that you will find with other software. File robustness can be hit or miss when it comes to 3D Printing. 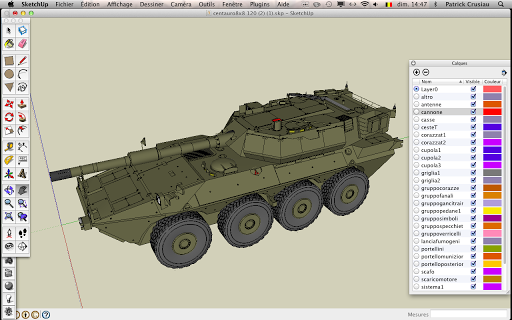 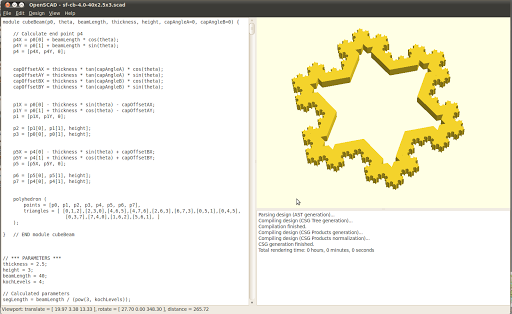 FreeCAD (Free, Open Source - Linux, Mac, Windows) Parametric 3D modeling allows you to easily modify your design by going back into your model history and changing its parameters. Good program for converting STEP files to STL and with some training (see guides/videos) the price is right for some serious 3D modeling. 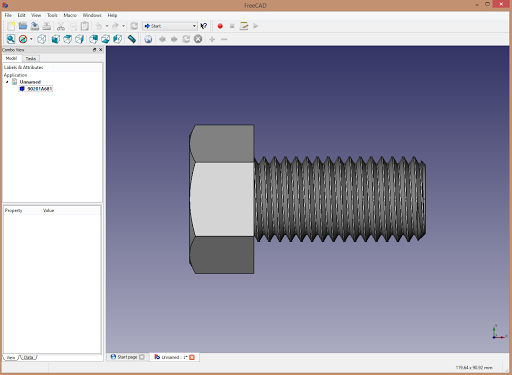 Rhino ($1,000 - Windows, Mac; 90 days free trial) This program is one of the most reliable programs for converting file types. Rhino’s open architecture allows users to also utilize Rhino as a development platform: a C++ SDK and a series of scripting methods (RhinoScript) allow programmers of any level of expertise to customize and automate Rhino and extend its capabilities. 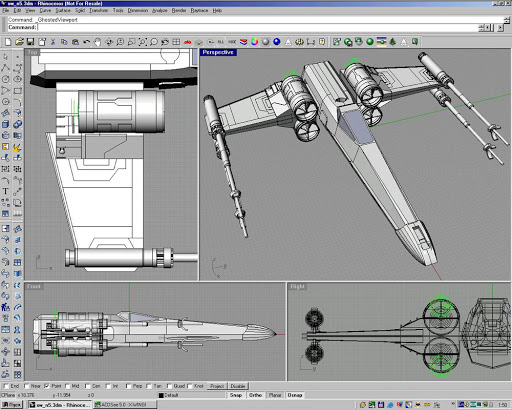 If you are an experienced designer or just can't have anything less than the best of the best when it comes to the newest gadgets, these Professional programs are the answer.

Solidworks ($3,500 or more - Windows) and AutoDesk Inventor ($450/year - Windows) Professional grade 3D modeling/CAD software; both Inventor and Solidworks are typically used by professional design engineers. With that said, they are top of the line 3D design tools. If you do not have an Engineering background and are headed down this path, it may be worth investing in the Solidworks Bible. 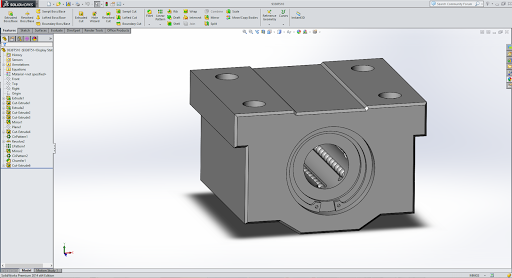 Designed to have an intuitive UI to replace complicated CAD programs, this 3D modeling software aims to provide rapid model creation for designers and artists. From the creator of Rhino. 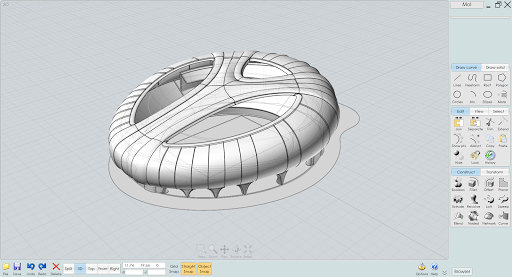 AutoDesk Fusion 360 ($300/year or $40/month, free for students, educators, and startups - Mac, Windows 64-bit; 30-day free trial) A favorite 3d design software amongst the community, this powerful program has both engineering design capabilities and form creation tools, as well as useful features for the 3D printing world like the ability to generate CNC toolpaths. 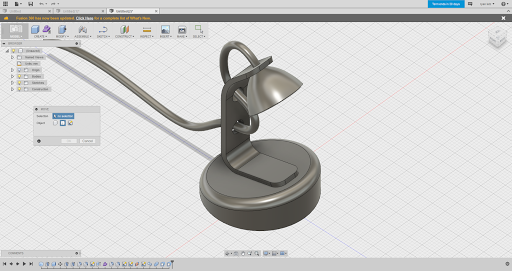 Designspark Mechanical (Free - Windows) This 3d design software is designed for engineers to be easy to use. Features include the ability to link to RS/Allied parts for easy BOM creation. 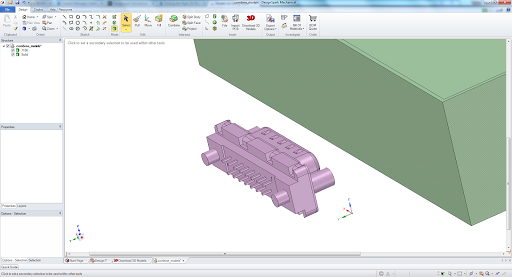 Sculptris (Free - Windows, Mac) From the makers of ZBrush, this 3d design software gives artists lots of freedom to sculpt models with simple tools. Takes a few easy minutes to get started and the process gets more in-depth as the user becomes accustomed to the controls. 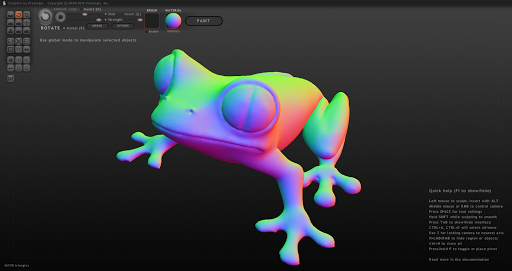 Cinema 4D ($995+ - Windows, Mac) This product is used heavily for creating models for use in the entertainment industry, but its powerful sculpting module can be used to create meshes for 3D printing. 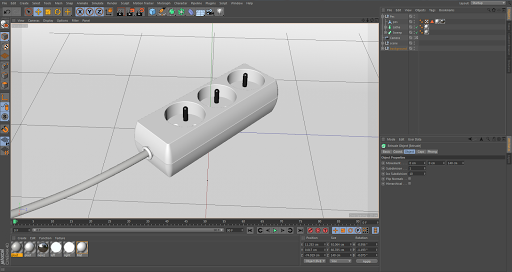 Onshape ($100/month, free for students and hobbyists - Web-based) This entirely cloud-based product runs on all major operating systems within a web browser. Its features are on par with most of the industry leaders. Created by the 'original SolidWorks team plus elite engineers from the data center, cloud computing, security, and mobile industries.' This package is gaining quite a bit of traction recently.  If you are familiar with Solidworks, this free, online package will be very easy to use. 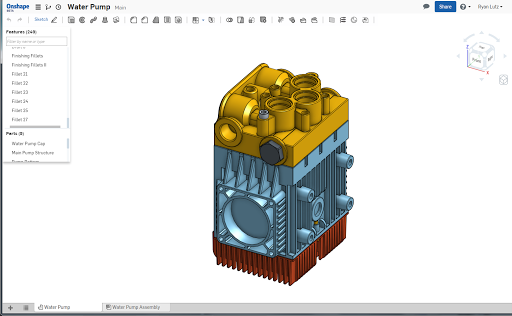 MODO ($1799+ - Windows 64-bit, Mac, Red Hat) With a hefty price tag, this program combines several functions in one: model sculpting, rendering, and animation with other useful features like physics for real-world simulation. 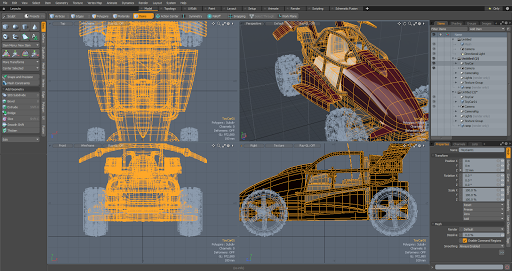 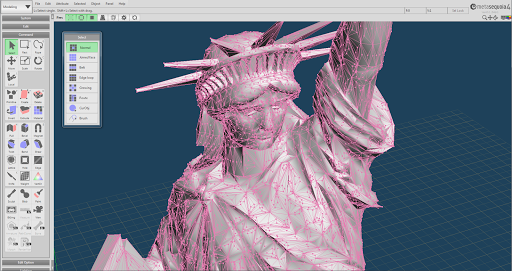 Bryce 7 Pro ($10 - Windows, Mac) While not a typical 3D modeling software, this program is typically used to create 3D landscapes. It has been suggested that it could be useful for creating a base on which to place other models. 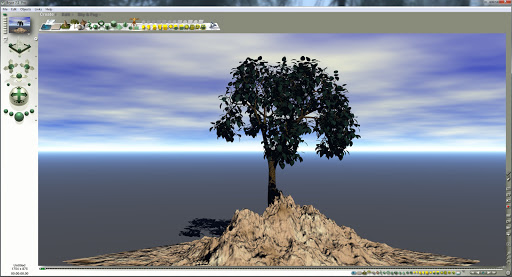 TrueSpace (Free - Windows) This now freeware program has lots of fun features for 3D animation and modeling, but having been purchased and discontinued by Microsoft in 2009 support is no longer available. 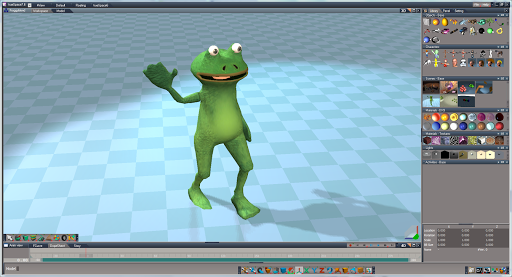 Hexagon ($10 - Windows, Mac) Aims to be a competitor to some of the more tool-heavy engineering 3D modeling programs out there for a fraction of the price. Includes some artistic sculpting tools as well. 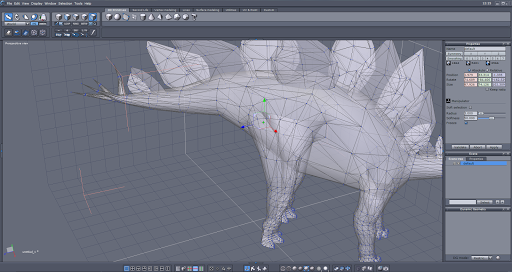 Antimony (Free, Open Source - Mac, Linux) A new programmatic 3d design software that can build very mathematically-specific models. If you like formulas, functions, and flowcharts you'll want to check this one out. 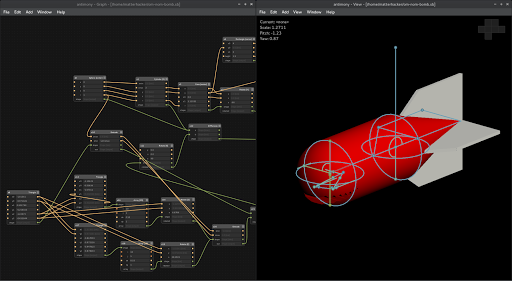 We will add more as we find them or users make suggestions- enjoy!

Copyright © 2017-2019 Earl Miller. All Rights Reserved. No part of this site may be reproduced without express consent by the owners for their respective content. 3D-Nexus is a creative IP (intellectual property) soley owned by Earl Miller.